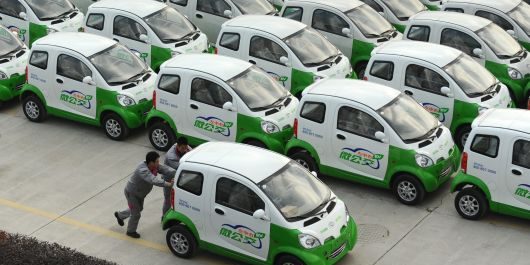 The state innovation agency, the UK, under the government of the United Kingdom, will finance a pilot test to show the feasibility of wireless charging for electric taxis and accelerate its implementation.

The UK government has announced that it will support financially the development of a new wireless recharge technology specially designed for electric taxis. This project will receive the support of 3.4 million pounds that will be used for technical development and a real six month test. Its objective is to accelerate the implementation of this technology, which facilitates the operation of the recharge and to make sure the continuity of the service for more hours a day.

The reason why the British administration has dedicated these funds to this technology is the potential that the inductive load has to transform the taxi sector to electric mobility. Thanks to it, the vehicles could incorporate smaller batteries, reducing their price and their consumption, since they would have specially dedicated recharging areas in the places where they remain parked waiting for new customers.

The state innovation agency, the UK, a public body, funded by the United Kingdom, responsible for the design and development of research related to new technologies, supports this project. It will be carried out by a consortium formed by Sprint Power, a new British technology company that specializes in the innovation of electric propulsion, CENEX (Center of Excellence for Fuel Cell and Low Carbon Technologies), the University of Coventry, the Nottingham City Hall, Shell, Parking Energy and Transport for London.

Sprint Power will develop a module with the customized interface and software to facilitate the recharging operation for drivers. It will have the support of two companies that currently manufacture vehicles dedicated to function as electric taxis. On the one hand, there is LECV (London Electric Vehicle Comp), owned by the Chinese manufacturer Geely, which has been responsible for designing and manufacturing the LEVC TX, the London electric taxi, where it will handle the test. On the other hand is Nissan, which with thee-NV200will perform the same operation in Nottingham. The two companies will each have 10 modified units of these electric cars with inductive charging technology.

Why need of installation of wireless chargers at taxi

Wireless charging can function as an accelerator to convince taxi drivers and companies to switch to electric mobility. For the former, it is an extra comfort not to have to perform the recharge operation in public stations, in addition to facilitating the process, without manipulating the recharge cables. For the latter, this technology allows taxis to offer their service for more hours a day. The installation of wireless chargers at taxi stops allows frequent recharges improving the autonomy of electric vehicles and minimizing recharge times. This characteristic is ideal since they adapt to the typical work cycles of taxis and the possible negative impact that cable loading can have on the ability of taxi drivers to do their work efficiently.