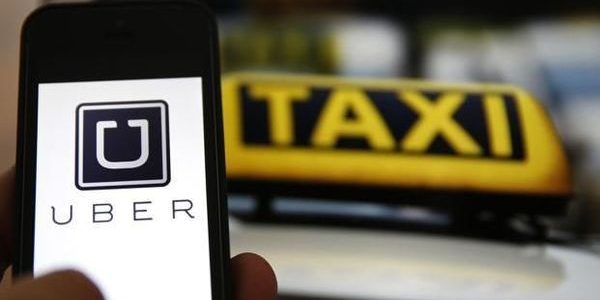 A big hit with Uber. The London Transit Authority (TFL), a means of transport in the British capital, has refused to renew Uber’s private vehicle driver’s license and must be shut down on September 30. The Uber has declared that it will sue.

“London private taxi and rental operator regulations are designed to ensure passenger safety. Private rental operators must meet stringent standards and show that they are driving to TFL. It is appropriate for the operator to obtain a license.

The note states that the TFL believes that “Uber’s approach and actions indicate a lack of corporate responsibility associated with some issues that could jeopardize public safety.” Among these reasons, he cites the way of “reporting serious criminal offenses”, “how to obtain medical certificates” or the use of software that allows blocking the access of the authorities to the app’s data.

More than 40,000 licensed private drivers operated with Uber in London. In the United Kingdom, individuals can operate with apps like Uber or other companies with their private vehicles. Still, they must obtain a private driver’s license granted by Transport for London. This license, however, is easy to obtain and affordable for drivers: it only costs about 400 euros. Companies that want to operate the transport segment must also obtain a license, which is what TFL has now withdrawn from Uber.

The Uber now has 21 days to appeal the verdict. According to the TFL, the company may continue to operate as long as the appeal process is not resolved. Meanwhile, the company has already announced that it will appeal.

“More than 40,000 drivers who are dependent on Uber for their living and 3.5 million people of London who commonly use Uber app must be stunned by this decision. With their intention to ban our application, Transport for London and the Mayor of the city ​​yields to a small group of people who want to limit the freedom of choice of consumers. If this decision is confirmed, the more than 40,000 professional drivers operating in London today will lose their jobs. Also, Londoners will lose a practical and accessible transportation alternative. We will immediately appeal this decision in the courts to defend the livelihood of all drivers and the freedom of choice of the millions of Londoners who use our application, “said Tom Elvidge, Director General of Uber in London.

The reaction of the Mayor

“London is at the forefront of innovation and new technology, and wants to be the home of a new company that helps people in London with better affordable services.” However, all companies in London must comply with standards and high standards that we demand, especially when it comes to customer safety. Providing innovative service should not be at the expense of customer safety. I fully support the TFL decision, “said the Mayor of the city, Sadiq Khan.

Uber’s license to operate in London expired last May but was extended for four months while the regulator debated whether or not to grant renewal for another five years of the license.

In Spain, it operates with VTC licenses only in Madrid. Because in Barcelona, it does not find enough licenses available, the Uber model had aroused the suspicion and protests of several groups, including taxi drivers. The president of the parliamentary commission on taxis, Labor Wes Streeting, praised “the brave decision” of TFL, and recalled that. In the UK, Uber did not properly report alleged crimes of rape and sexual abuse of passengers. It has also been sued by its employees for not guaranteeing the most basic labor rights. The London decision can also serve as a model for other cities that are suspicious of Uber’s service. Meanwhile, in Europe, the final ruling of the CJEU is expected on whether Uber is a transport company or a digital platform.